Anti-aging Effects of Telomerase on Telomeres 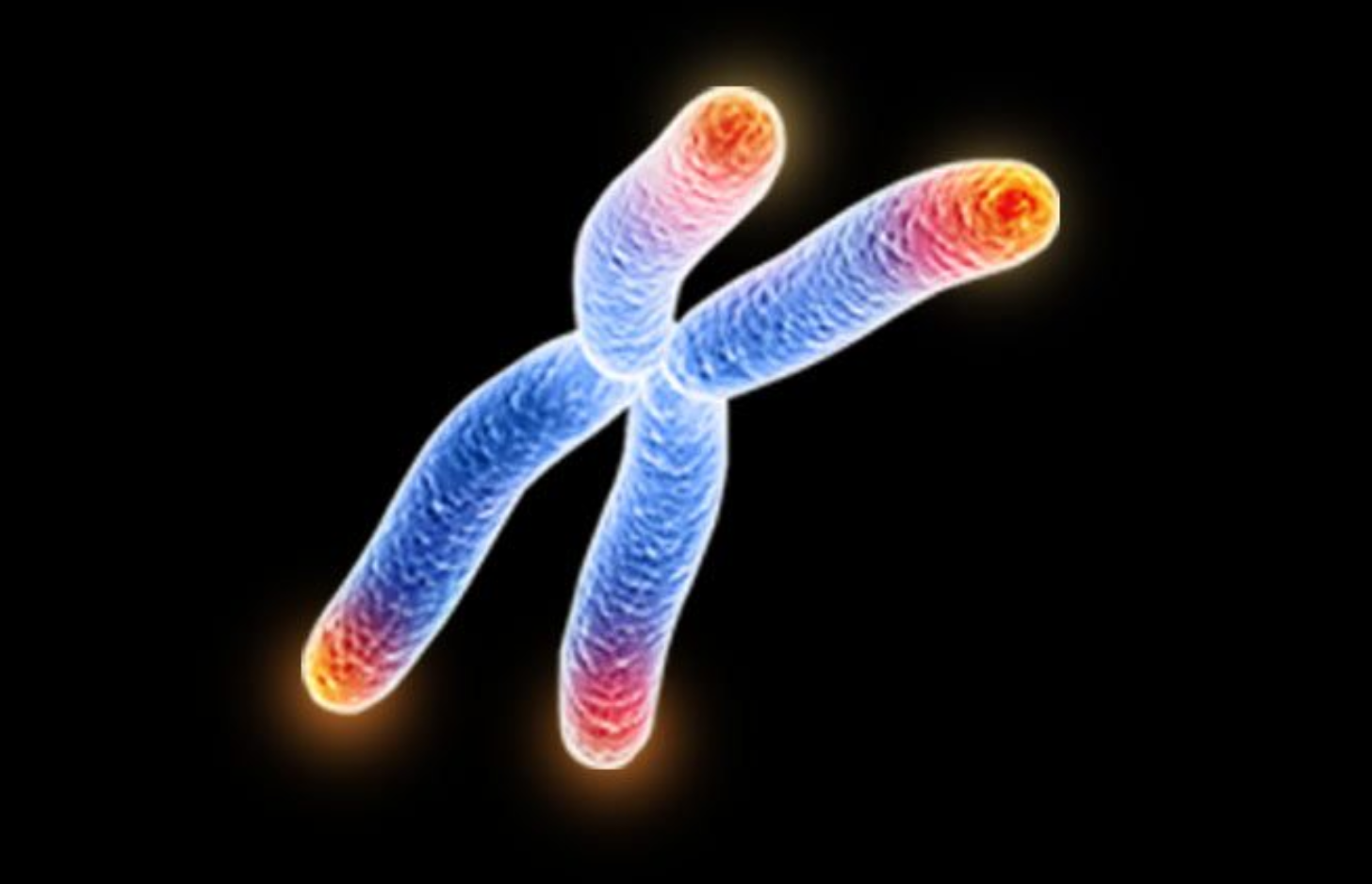 What is a Telomere?

Telomeres affect how your cells age. They are caps at the end of each strand of DNA that protect your chromosomes, like the plastic tips at the end of shoelaces. Without this coating, shoelaces become frayed until they can no longer do their job – just as without telomeres, DNA strands become damaged and your cells can’t do their job.

Telomeres get shorter as you age, but they can also be shortened by stress, smoking, obesity, lack of exercise and a poor diet.

Telomeres are repetitive DNA sequences at the ends of chromosomes. Telomeres play an essential role in cellular division and are responsible for maintaining the integrity of our genes. Every human cell contains 92 telomeres which act like biological ticking clocks. Every time our cells divide, our telomeres get shorter. It only takes a few critically short telomeres to send a cell into a crisis state where it either stops functioning properly (senescence) or dies.

An average human being starts with 15,000 base pairs in their telomeres as an infant. Every time a cell divides, telomeres shorten until in old age, a person has only 4,000 base pairs on average.

·       Scientific studies have shown that short telomeres are associated with cellular decline and dysfunction.

·       The only way to lengthen telomeres is through the activation of an enzyme called telomerase.

Telomere shortening is involved in all aspects of the aging process on a cellular level. It is the main cause of age-related breakdown of your cells. When telomeres get too short, your cells can no longer reproduce, which causes them to degenerate and eventually die.

Some cells, like those found in the skin, hair and the immune system, are most affected by telomere shortening because they reproduce more often.

Telomerase is an enzyme that maintains telomere length in order to prevent genomic instability and cell death. The gene producing telomerase is usually turned off in most cells. When this telomerase gene is activated, it adds new DNA onto the ends of telomeres, stabilizing the chromosomes which result in extended cell life and cellular rejuvenation.

There is scientific evidence that telomeres can be lengthened. Telomerase can slow, stop or perhaps even reverse the telomere shortening that happens as you age.

A Telomerase Activator when taken orally, circulates in the bloodstream and activates the telomerase enzyme. By activating telomerase, it helps cells continue to divide and proliferate.

·       Help cells live longer and continue to function properly. This may be especially important for cells in the immune system.

·       Make old cells function as they did when they were younger.

This Telomerase Activator, launched in 2007 is the only proven nutritional supplement that targets telomerase activation on the market today. It is a single small organic molecule that is obtained by ultra purifying and concentrating one of the many bioactive compounds found in a traditional Chinese medicinal plant, Astragalus Root. It is manufactured with innovative proprietary technology to improve the effectiveness and bioavailability of the molecule which increases the absorption rate in the human body. The product is a Bioenhanced Astragalus Root Extract.

Shorter telomere length has been linked to a variety of degenerative disorders, including high levels of inflammatory markers, oestrogen deficiency and cellular aging. The term ‘Short Telomere Syndrome’ has been used to capture the broad impact of short telomeres on many of the conditions caused by the aging process.

In 2009, the Nobel Prize for Physiology/Medicine was awarded to 3 scientists who discovered how telomerase impacts telomere length.

This nutritional supplement has been proven safe and effective in more than a decade of studies and in use by people worldwide.

The first randomized, double-blind, placebo-controlled study showed telomere lengthening in humans. The group taking this nutritional supplement daily significantly increased the length of their telomeres while the control group were losing telomere length. The published findings showed that this telomerase activator lengthens telomeres in a statistically and clinically significant manner.

The maximum safe dosage of this supplement has not been determined. However, no toxicity has been observed at doses several times as much as the recommended dose.

This product is not recommended for people under 25 years old, pregnant or nursing women, or those with severe liver or kidney disease, or any other serious disease.

Side effects should not occur with the suggested dose. However, people may respond differently to the same dosing level. Dosage should be advised by your physician.

You may make an appointment for a consultation with Dr Don Lau to learn more about the only proven Telomerase Activator at Tel : +65-6694 1661.

The information provided in this website is for knowledge purposes only. It does not constitute medical advice.

Should you encounter any medical problem that you are unsure of, always consult your doctor or health care provider for assistance and medical advice.

AMDA International Peace Clinic is a part of AMDA (Association of Medical Doctors of Asia). We are part of the network of AMDA Peace Clinics & Friendship Hospitals around the world. We dedicate part of our profits to AMDA's worldwide Emergency Disaster Aid Relief missions, Social Development projects and Vaccination programmes.

AMDA, founded in 1984 has carried out more than 160 missions in 65 countries over the last 32 years. It has contributed medical expertise and supplies to every major natural disaster since 1984. AMDA holds General Consultative Status with the United Nations ECOSOC since 1995. 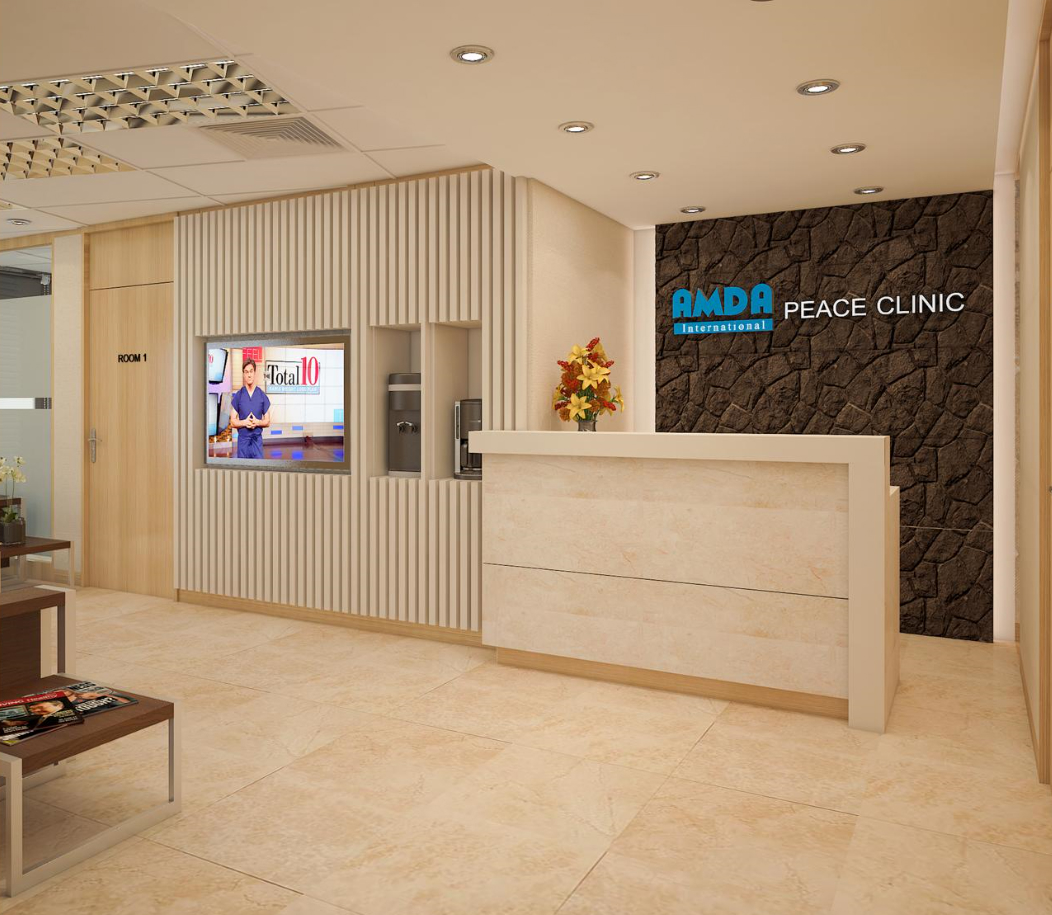 *Last registration is 30mins before the closing time

Insurance Medical cards are accepted, please contact us at Tel: 65-6694 1661 to enquire about our cashless service. 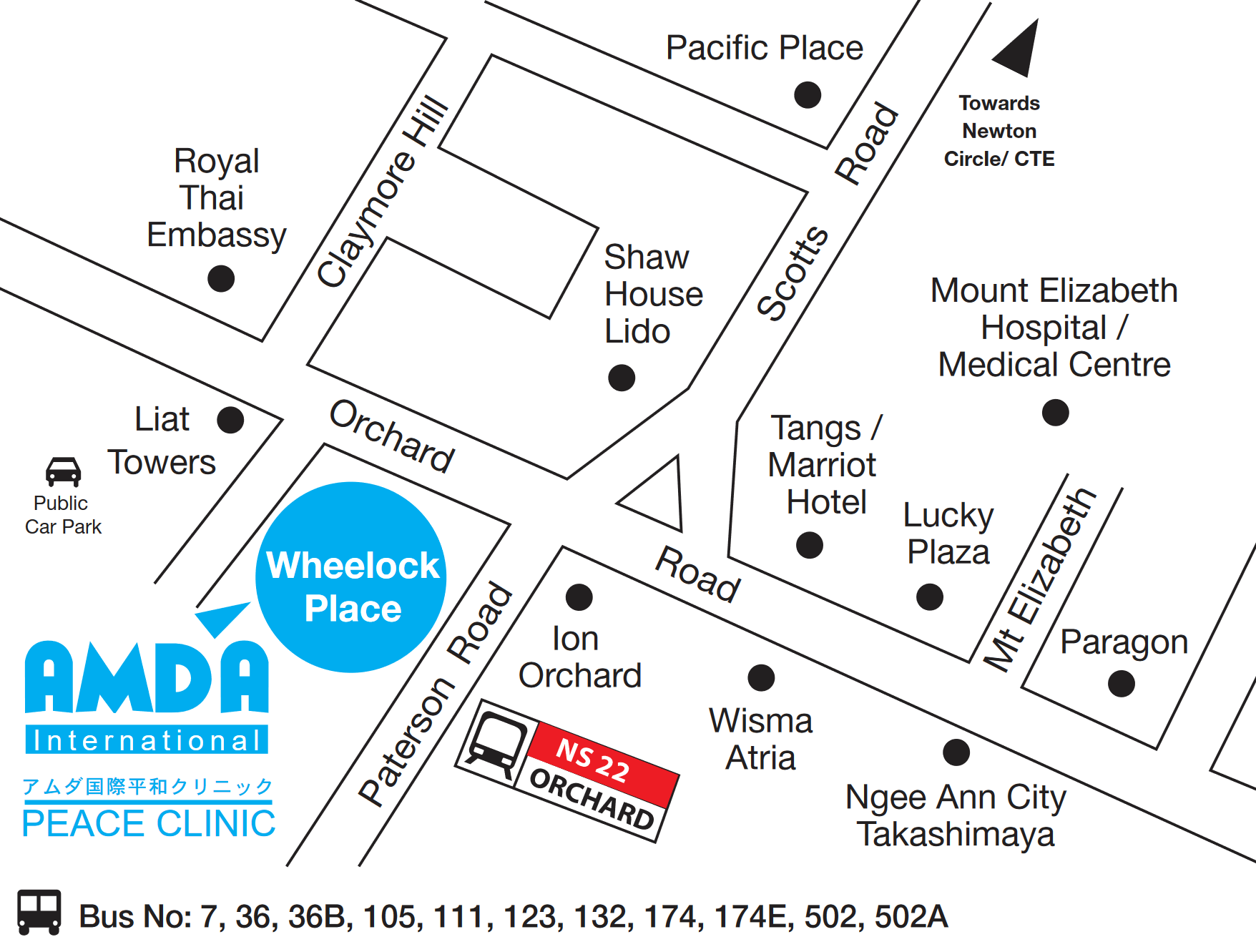 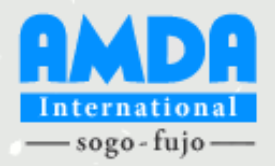 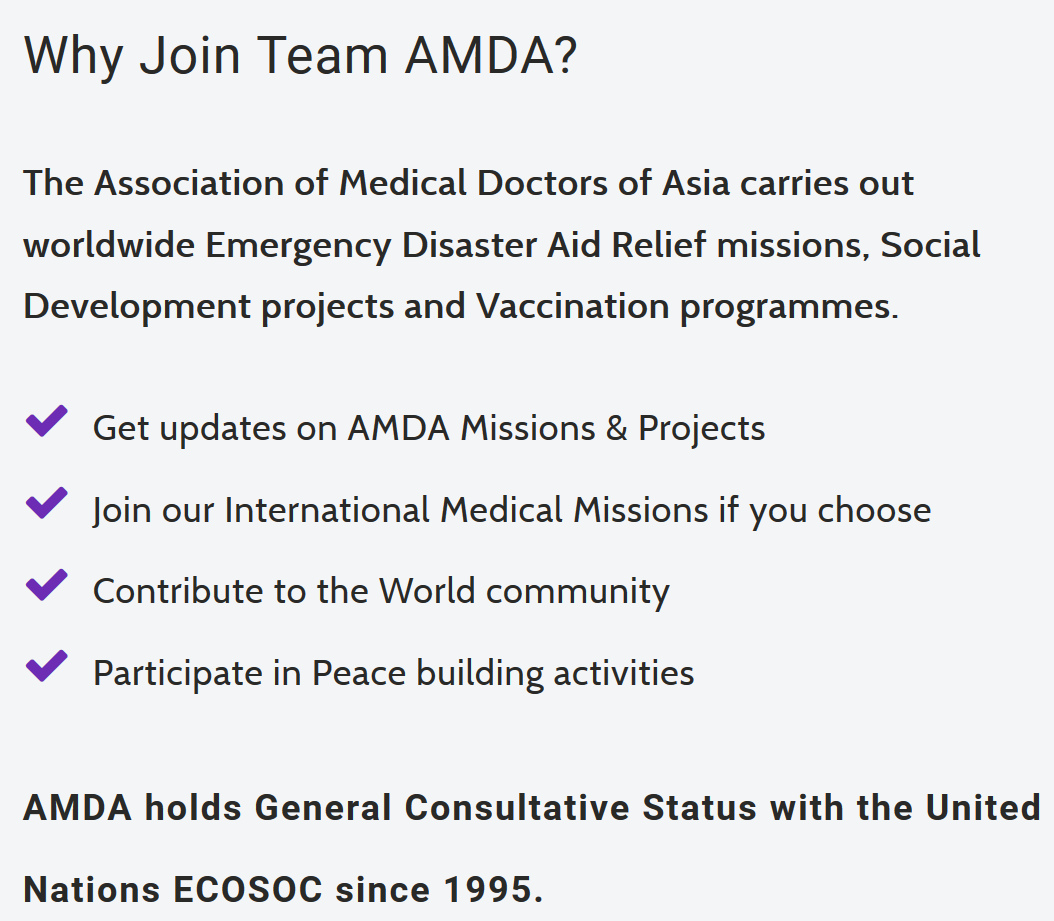 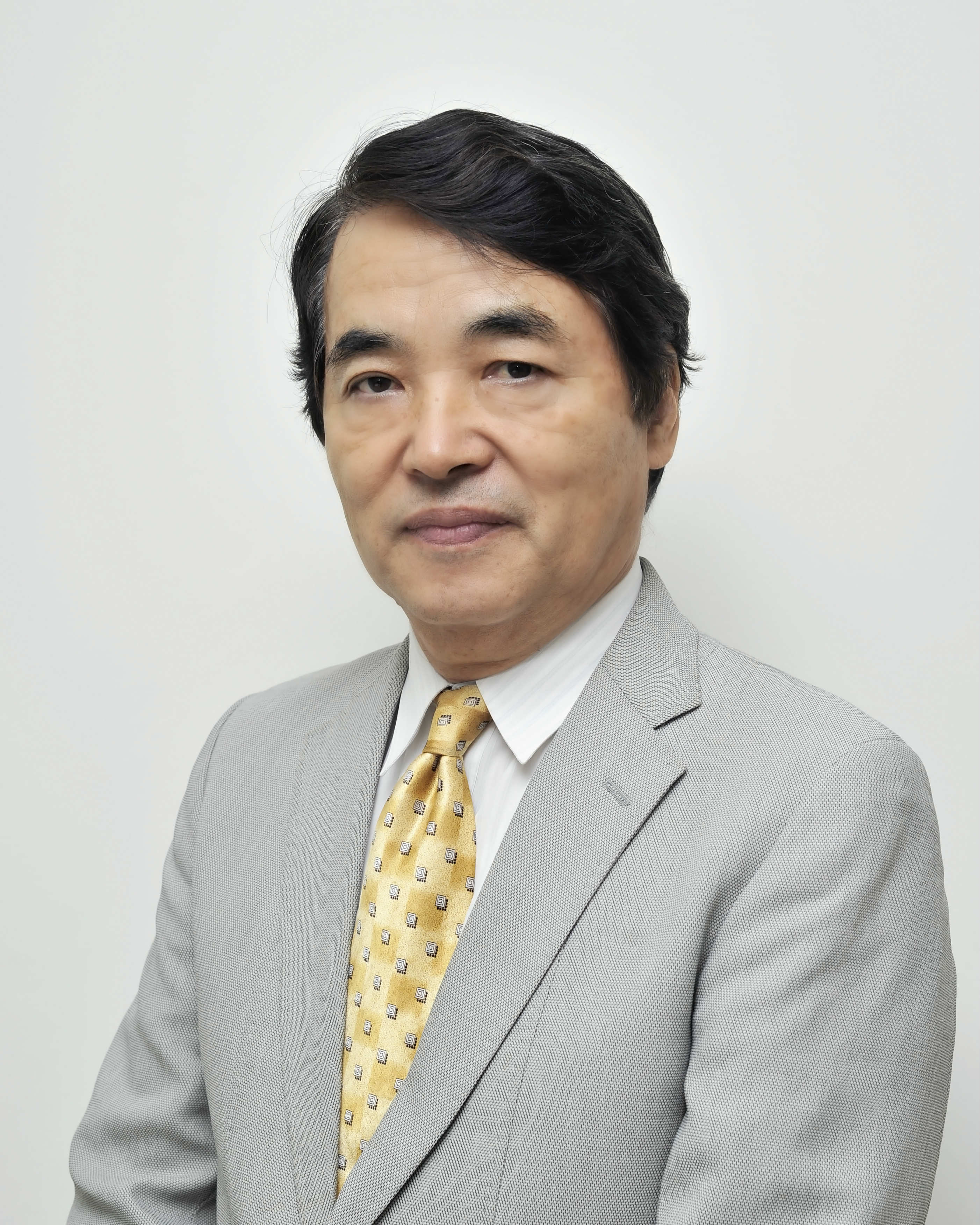 Founder & President of AMDA - Association of Medical Doctors of Asia 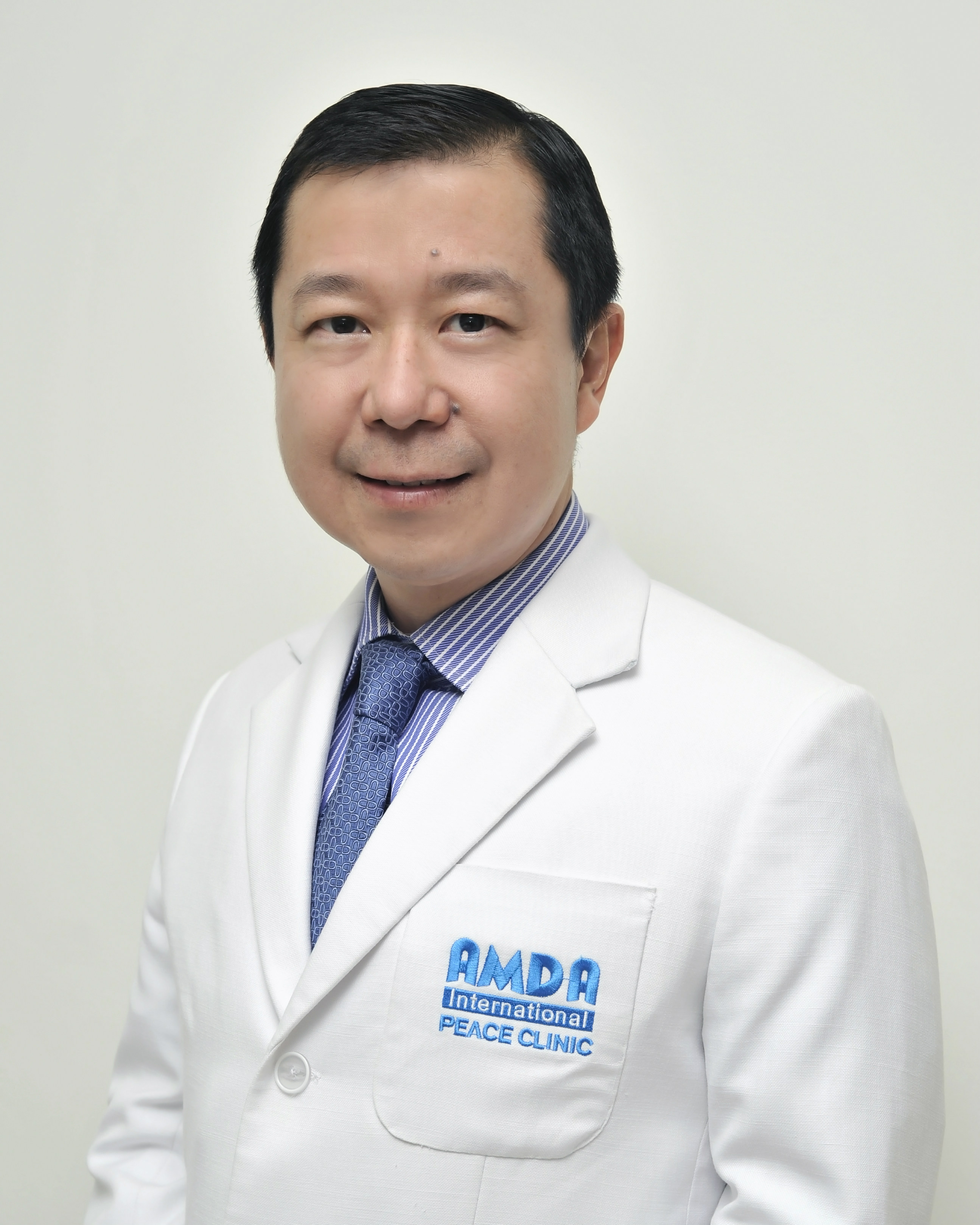